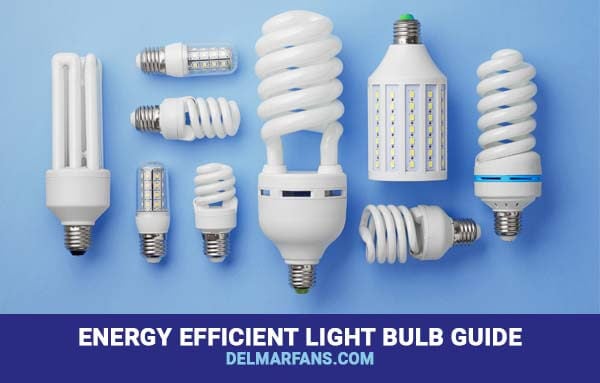 With so many countries phasing out heavy wattage incandescent bulbs, we feel it's time to take a hard look at the energy efficient light bulbs on the market right now.

Using light bulbs to save energy is extremely important to our environment and your energy costs. We now have a better understanding of how much energy small gestures such as changing your light bulbs can make. Remember these numbers the next time someone says replacing your bulbs will not save much energy.

Over the last few years in the European Union incandescent bulbs have been phased out and replaced by compact fluorescent light bulbs or CFLs. The Ecodesign Regulatory Committee believes this small change will save citizens almost 40 TWh a year, a TWh is equal to 114 million watts. If you are not sure what that means, this infographic puts those numbers into perspective.

Before we get into the specifics of each light bulb, we would like to clear up some confusion on Lumens and watts. If you did not know, here’s the difference between Lumens  and watts.

The two cannot truly be compared, but this could help you determine how important each factor is to your energy efficient light bulb needs. Lumens need to be considered when the brightness of the room's light is an important factor to you. Watts should be considered based on how much energy you would like to be saving.

Before we go in-depth into each type of energy efficient light bulbs, here's a high-level comparison of each bulb type:

This chart shows the differences in each light bulb. Every option has strengths and weaknesses. Although some energy efficient light bulbs may initially be more expensive, they prove to pay off big time in the long run.

Here is a breakdown of each type of the energy efficient light bulbs. These will include a brief history, pros and cons list, and a chart showing the specifics of each bulb.

According to Energy.gov, while working at General Electric in 1962, Nick Holonyak, Jr., built the first visible-spectrum LED as red diodes. Next, pale yellow and green diodes were invented. The creation of the blue diodes in the 1990s quickly led to the discovery of white LEDs.

In 2008, the Energy Department launched a competition that was designed to kick start the development of energy efficient light bulbs to replace the out-of-date technologies from centuries before. The competition was named the L Prize Competition.

In 2009, Philips Lighting North America entered its LED bulb in the L Prize 60-watt category, due to the use of roughly 971 million 60-watt incandescent bulbs used a year. After two years of intense testing and field assessments the Energy Department announced Philips Lighting North America’s LED would be awarded the first L Prize in 2011. This burst open the door for LEDs to begin being mass produced and widely considered the future of lighting. LEDs are wonderful because they work in a variety of environments. Today, Westinghouse light bulbs offer a large variety of LEDs and other energy efficient light bulbs.

During the 19th century, Heinrich Geissler and Julius Plucker, discovered they could make light by extracting the air from a long glass tube and sending an electrical current through it. This was named the Geissler tube. It was not until the beginning of the 20th century that these lights started to gain traction as neon lights and other outdoor lighting.

Between the 1920s and early 1930s, Europeans researchers were testing neon tubes with phosphors, a material that absorbs ultraviolet light turning the light white. These lights lasted longer and were three times more energy efficient than traditional incandescent bulbs.

The serious need for energy efficient lighting in American war plants caused a rapid adaptation of fluorescent lights. The energy crisis in 1973 led to the creation of fluorescent bulbs for residential usage. The residential bulb was created by making a spiral shape, this was the first Compact Fluorescent bulb or CFL. Since the machinery to mass produce these energy efficient light bulbs cost so much money the early prices were relatively high between $25-35, but varied based on different utility company promotions. The public shied away from buying the CFL bulbs because these high prices and the big bulky look of the bulbs.

Today’s CFL models have gone through a major makeover. They are smaller, more reasonably priced, save a lot more energy than traditional incandescent bulbs and last longer.

The fact that CFLs contain a small amount of the highly toxic element mercury is often considered when deciding on an energy efficient light bulb. Here’s some facts about CFLs and mercury that you should know.

How much mercury is in a CFL?

On average a typical CFL contains about four milligrams of mercury, but that number can go down to as much as only one milligram depending on the brand and up to five.

Which brands are offering bulbs with lower amounts of mercury?

A handful of companies have dedicated themselves to the pursuit of using the least amount of mercury possible.

What do I do if a CFL is broken in my home or office?

Remain calm, it can take anywhere from hours to days for most of the mercury to seep out into the air. The EPA gives a nice list of what you should do following a broken CFL.

Although CFLs use mercury directly in their products the energy saving aspect of CFLs will help save the planet from the harmful mercury gas emissions that would take place creating that energy.

Contrary to popular belief, Thomas Edison did not invent the light bulb. He just happened to be the first person to patent it in 1879 and again in 1880. All around the same time as Edison the less famous William Sawyer and Albon Man also received patents for the incandescent lamp and Joseph Swan patented a light bulb in England. The light bulb began its journey around 1835 when scientists realized you could create a constant stream of light.

Over the past 180 years, many changes have advanced incandescent lighting, which includes changing the traditional filament to a tungsten. The huge amount of energy these light bulbs use has been an issue for the last 60 years. In more recent years, due to mass bans of incandescent light bulbs in many countries, incandescent bulbs are being improved and becoming more energy efficient, specifically with their Halogen light bulbs model.

In 1955, Elmer Fridrich and Emmet Wiley developed the halogen lamp. These lamps are lighter and more energy efficient. Over the last 50 plus years General Electric has made big strides in improving the efficiency of Halogen bulbs. While they are still not on par with CFLs or LEDs energy savings, they are still helping save more energy than traditional bulbs.

We hope the information we've provided will help you make an educated decision on which energy efficient light bulbs are best for your home.


Have you already made the switch to CFL or LED? Tell us why in the comments below.