Stay Connected
Join over 31,000 subscribers who save money with Del Mar Fans & Lighting.
We respect your privacy 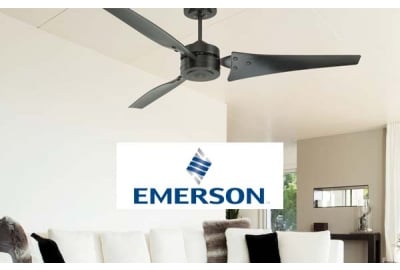 Emerson Electric is one of the best-known motor manufacturers in America. Founded in 1895, Emerson started as a manufacturer of railroad switch equipment and quickly became an innovator by introducing a two-blade ceiling fan that could run on alternating currents. A few year's later they improved the design by adopting a scalloped trailing-edge fan blade that dramatically improving airflow and reducing noise. Emerson also has a claim to fame as the inventor of the first brush-type fan motor, which was used in the world's first desk fan.


Emerson has set the industry standard for motors through the years and today Emerson Electric offers long warranties and maintenance-free operation on their motors. In fact, all the components of Emerson ceiling fans are designed and developed by in-house engineering teams. Emerson's ceiling fans, components, and accessories are designed, engineered, and manufactured with the highest commitment to quality.

Benefits of purchasing a Emerson ceiling fan include:

Why Buy Emerson from Del Mar Fans and Lighting? 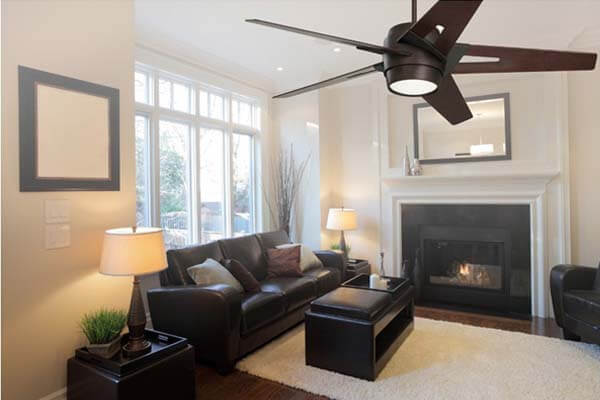 The Emerson Luxe Eco is a 54" ceiling fan with a halogen light kit (bulbs included), an Oil-Rubbed Bronze motor finish, and your choice of either Mahogany or Walnut blades. Customers who've purchased this fan have given it a 4 out of 5-star rating and report that this fan is quiet, stylish, and truly energy efficient. The only downfall customers mention is that the light could be brighter, so you may want to look elsewhere if you are looking for a primary light source. 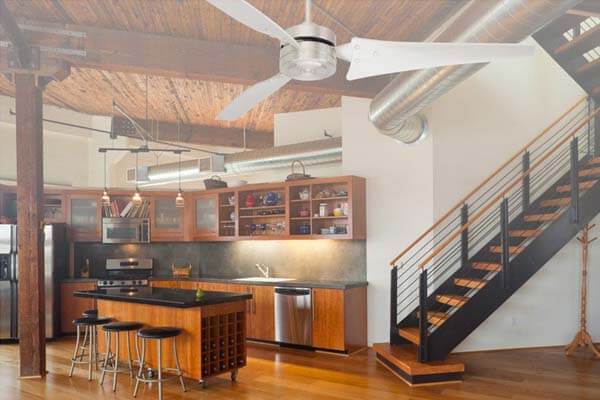 The Emerson Loft is a 60" ceiling fan with an industrial look and contemporary style. It's name rings true, as it would look great in a loft apartment, but could also be used in a coffee shop, commercial space, or a modern living room. Available in two outdoor rated finishes, Barbeque Black and Appliance White, and one indoor rated finish (Brushed Steel), this energy efficient ceiling fan would make a great addition to any home or business.

Like the look of this fan, but need something with a higher airflow? Check out the Emerson Heat Fan, which is featured in our "Best Ceiling Fans for Large Rooms Gudie" as it has an impressive CFM rating of over 11,000! 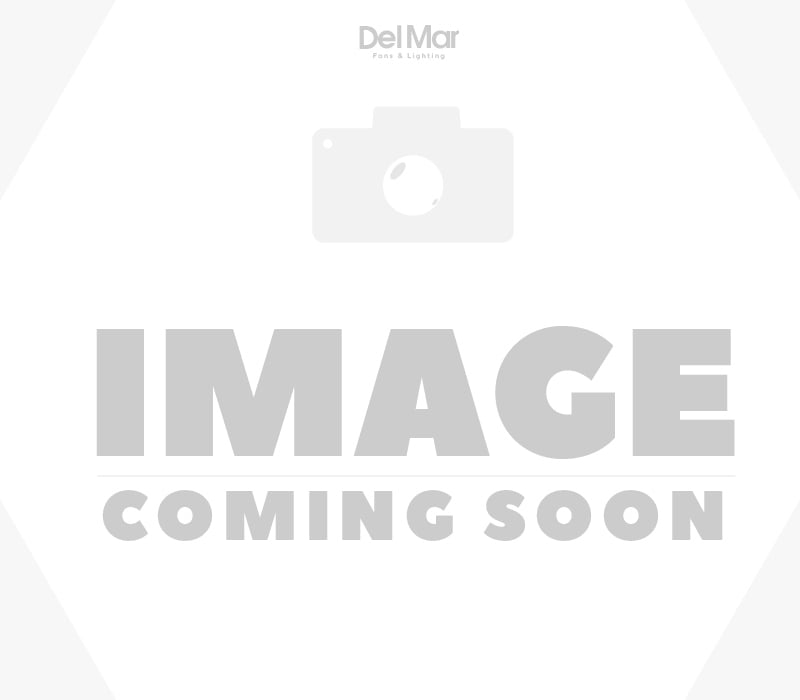 Featured in our "Best Hugger Ceiling Fans Guide", the Emerson Prima Snugger flush-mount ceiling fan comes in a close second to the official "huggiest hugger" and measures a slim 8 inches from ceiling to bottom of the motor housing. Low-profile ceiling fans like this are recommended to be mounted on a ceiling just under 8 feet high to allow clearance of 7 feet from the blades to the floor to ensure safety.

Customers give this fan an average rating of 4.7 out of 5 stars and report that this fan is quiet, circulates air well, and can easily be reversed. One customer found that the optional light kit was not bright enough, but since that review was written in 2013 Emerson has launched a line of LED light kits that are compatible with this fan. 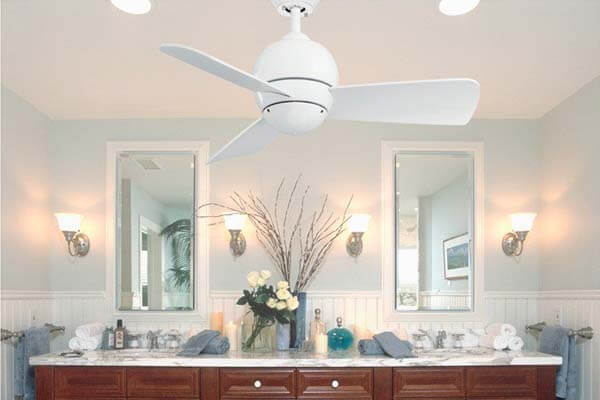 the Emerson Tilo 30" ceiling fan is damp-rated for outdoor use in covered areas, but is also a great addition to bathrooms, pool houses, garages, and other indoor damp environments. Customers who've purchased this fan give it an average rating of 4.3 out of 5 stars and report that it has great air circulation, it is perfect for small rooms, and it is super quiet. Damp-rated finishes include Oil-Rubbed Bronze and Appliance White. Please note, the Brushed Steel option is rated for indoor use only.

Now that you've been introduced to Emerson Fan Company's product offering, we welcome you to contact our ceiling fan experts with any further questions you may have at 1-800-724-5501, or you can click to chat!


What is your favorite Emerson ceiling fan? Let us know in the comments below!