Are you considering what type of ceiling fan would be ideally suited for your home? A two-blade ceiling fan looks sleek, modern, and adds plenty of pizzazz to your room. Moreover, it moves a considerable amount of air, which makes it a good choice for large spaces. A two-blade fan also has the advantage of going faster than a comparable four or five-blade model. In this way, you are able to factor in the movement of the appliance into the interior décor.

What's so great about a two-blade ceiling fan? On the functional side, a lower number of blades results in more energy-efficient airflow and air movement. As for the aesthetics, a two-blade ceiling fan features a sleeker modern look. Choose from curved or straight fan blades that suit your space including wood blades and matte white blades. Ceiling fans that come with a remote control are convenient so you don't have to get out of your comfy living room chair to change the fan speed settings with pull chains or wall controls.

Many shoppers appreciate the functionality of a two-blade ceiling fan with light kit. It adds to the ambient lighting of the room, which makes it an excellent choice when you may not have ceiling-mounted lights. Of course, many a modern two-blade ceiling fan also offers the luxury of an elegant design, which is sure to make it a fitting complement to your architectural setup. Some manufacturers have even worked in optical illusions with their designs. There is no shortage of visually appealing two-blade modern ceiling fan selections. Consider a flush mount ceiling fan in rooms with lower ceilings because these don't use a downrod and sit much closer to the ceiling to save space. These are also called low profile ceiling fans.

How can you incorporate this sleek design with your overall interior décor that is currently a part of your home's personality? In the cases of modern and contemporary ceiling fans, you might consider the two-blade model for large rooms only. It is an excellent method of supporting the four or five-blade models you use in the smaller spaces. Moreover, there are three-blade ceiling fans that present a suitable transition. 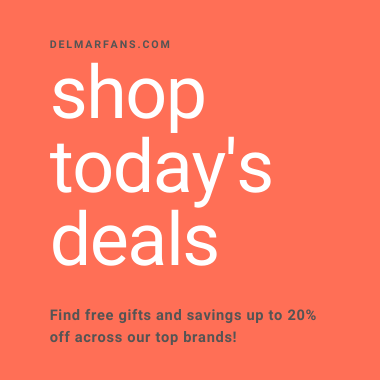