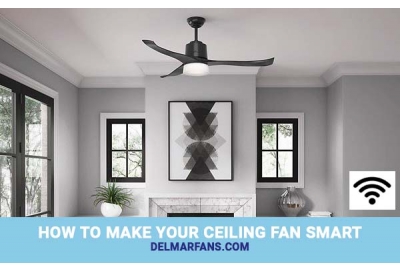 Making your home "smart" is all the rage right now. Coined the "Internet of things", the extension of Internet connectivity into physical devices and everyday objects is what has fueled the popularity of smart home devices such as Google Home, Amazon’s Alexa, and Apple’s Homekit.

These "smart" Wi-Fi- or App-enabled devices let you connect your lights, your fridge, your doorbell, and even your ceiling fan to a central hub and your cell phone. This allows you to press a button on your phone or use voice commands with your Google assistant like, "Hey Google, turn on my ceiling fan" and your smart ceiling fan will turn on.

We've scoured our site to bring you our current offerings to help you buy the best smart ceiling fan or connect your existing remote ceiling fan to your cell phone.

Why Buy from Del Mar Fans and Lighting?

OK Google, What Are the Benefits of a Smart Ceiling Fan?

Alexa, What Are The Best Smart Ceiling Fans & Control Options 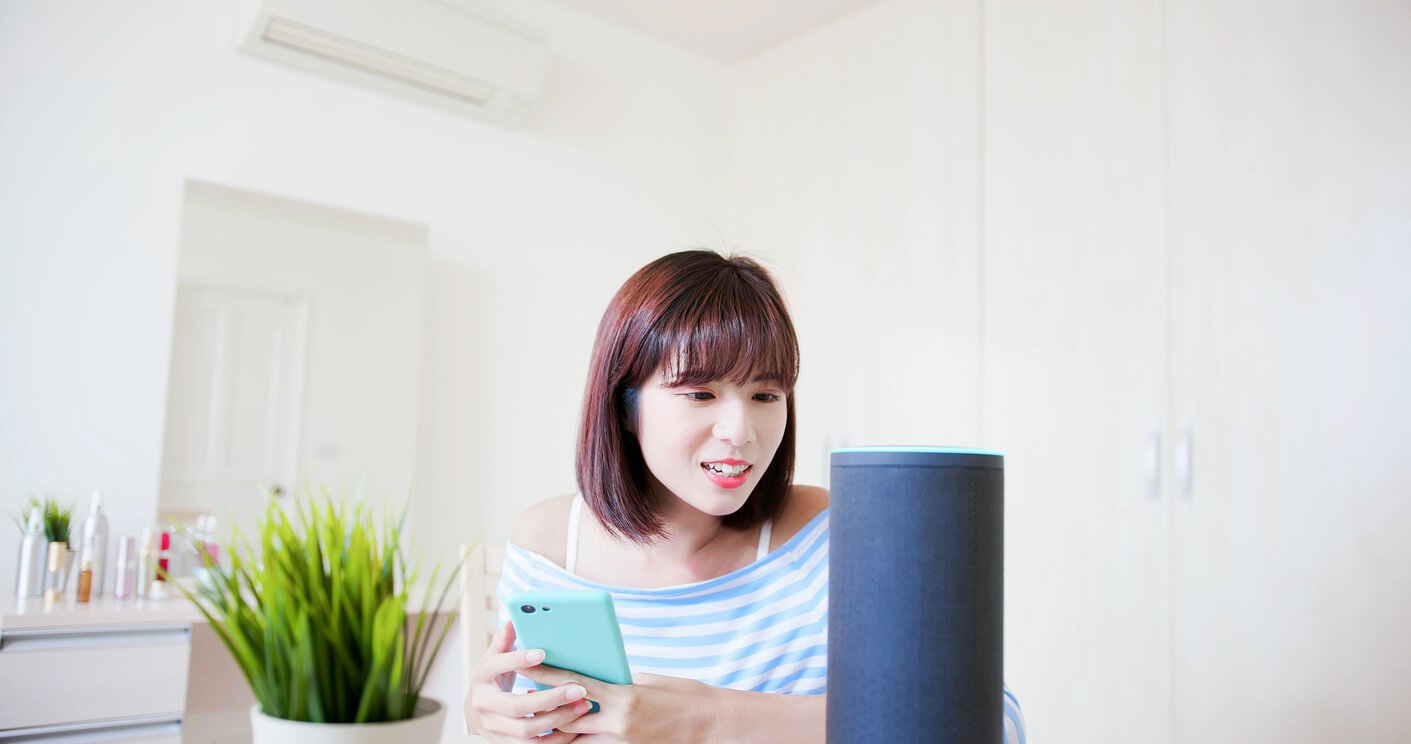 If you are looking for a ceiling fan with smart home technology built-in, the first to market and the top of the line is the Haiku by Big Ass Fans. With SenseMe technology, that is the brains behind the world's smartest ceiling fan, that considers your comfort from every angle. The fan turns on and off without hassle thanks to a built-in motion sensor turns the fan on and off, while temperature sensors constantly monitor your room's conditions. Just set your preferences and let SenseMe automation manage the airflow and light needed to keep you comfy throughout the day.

Welcome to the future of modern ceiling fans designed to make life simpler all year round. All Modern Forms fans are wet-rated and made from highly durable materials so you can turn them on wherever or whenever you want indoors and out. Nearly every fan has a dimmable LED light kit and a radio frequency RF wall unit comes with every fan. This is on top of the fact that you can control the fan with the Modern Forms smartphone app or through your home devices over Wi-Fi, such as Google and Amazon Alexa. Choose a ceiling fan that goes with your existing home decor with finish options including matte black, brushed nickel, and oil rubbed bronze.

Hunter Fans currently has 7 models (over 30 SKUs) that feature a built-in Wi-Fi control feature, called SimpleConnect. You simply install the fan as you normally would and once the fan has power you are able to connect it to your home's Wi-Fi network. This is the future of ceiling fan controls! Find great products with dimming LED light bulbs, reversible blades, and energy efficient DC motors.  Available in short downrod and low profile mounts.

The Casablanca Aya fan features a two-blade configuration with modern style and comes with both a hand-held remote and a push button wall control. Additionally, it has built in Wi-Fi capabilities so you can control the fan with your smartphone or through your in-home smart device. You are able to reverse the fan from the control of your choosing, so it would make a great option for high ceilings. With this fan, you will never have to climb a ladder to flip the reverse switch on the motor ever again!

The Minka-Aire Bond is a smart device that connects to your Wi-Fi network and allows you to control your fan from anywhere. It simply copies the IR or RF frequency coming from your ceiling fan remote and mimics it when you press commands on your smart phone. Just like with your existing remote, the Bond will need to be within the visible area of your ceiling fan in order for it to work as it is sending the IR or RF signals and these may not be able to be sent through thick walls.

Check out our "how to" blog which takes you through the entire process of installing the FanSync receiver and setting up the application on your smartphone! The Fanimation FanSync is compatible with most Fanimation ceiling fans and is considered a universal receiver. The fanSync can be used in ceiling fans from other manufacturers as long as they have space for a remote receiver, have an AC motor, and are do not have variable speed controls.

The app enables you to set a timer to start and stop your ceiling fan or turn on and off the light at certain times of day. This is convenient for not only home heating and cooling efficiency, but also home security and convenience. Customers who have purchased this device on Amazon report that it is easy to install and simple to use.

Siri, How Can You Make Your Ceiling Fan Smart


Which smart ceiling fan option do you think is the best? Let us know in the comments below!