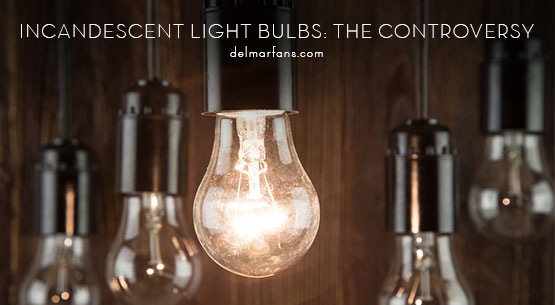 As children, many of us were afraid to sleep in what seemed like then our pitch-black bedrooms, and we begged our parents to leave the bathroom or hallway light on. If you were lucky, they agreed after many outbursts. If you were truly lucky, you had a night light or a portable lamp on a bedside table. Kids still play the light game at night, turning lights on and off continuously. It seems they haven’t heard, according to some sources, this kind of behavior could get them arrested in 2013.

What Led to the Ban on Incandescent Light Bulbs

As it is often the case, the truth is less dramatic than the hype. The legislation that has everybody all worked up over incandescent light bulbs actually passed back in 2007, and is known as the Energy Independence & Security Act of 2007. The entire energy act is 822 pages long, and encompasses everything from building regulations to fuel standards, but the section that has generated the most speculation is the one on the simple household light bulb.

So what does the government have against these harmless looking incandescent light bulbs, anyway? It turns out, they are the household equivalent of a gas-guzzling SUV; they require energy to run, and lots of it. Light bulbs that are used in chandelier lights are the incandescent bulbs they are talking about. The scientists at Michigan State University explain the process this way: “Incandescent bulbs use heat caused by an electrical current. When electrical current passes through a wire, it causes the wire to heat. The wire, or filament, gets so hot that it glows and gives off light.” All to power a single light bulb.

Fortunately, unlike what many reputable news sources would lead us to believe, the act doesn’t ban incandescent light bulbs entirely; it merely tightens the standards for energy efficiency and phases out the traditional, less-efficient bulbs. The legislation, even the light bulb portion, is lengthy and full of legalese, but the EPA sums it up this way. The law:

How the Light Bulb Ban Affects You and Your Home

You don’t have to scour your home and toss out any offending incandescent bulbs. After all, even the government is giving itself years to phase them out. The process, which actually began in 2008, requires that light bulbs be made more efficient in a series of phases from 2012-2014. The goal: Newer, more energy-saving light bulbs which will still emit the same amount of light. (For example, the newer more energy-efficient bulbs use only 72 watts to generate the same amount of light as a traditional 100 watt light bulb.)

Of course, when you compare light bulbs, other energy-efficient options already exist, including CFL and LED light bulbs . LED lights work differently than incandescent light bulbs, because an LED is a semiconductor diode that glows when voltage is applied. They don’t require heat to create light, and therefore use far less energy. Plus, the light is more focused, safe, and longer-lasting.