How Does Outdoor Lighting Cause Light Pollution?

How Does Outdoor Lighting Cause Light Pollution? 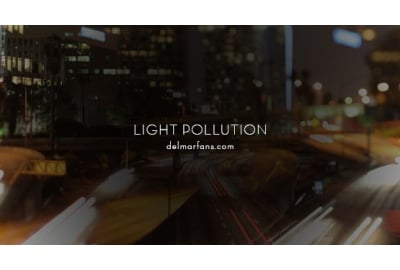 As many homeowners, you are taking steps to reduce your carbon footprint at home. You dutifully recycle glass, metal, paper, and plastic waste each week. You replace all the incandescent light bulbs in your home with energy-efficient compact fluorescent lamps (CFL) or LED light bulbs. However, you may be unwittingly contributing to carbon emissions and interfering with delicate ecosystems through light pollution.

Light pollution, unlike other forms of contamination and waste, remains largely overlooked and unregulated in many countries. Learn the cause, types, and effects of light pollution, and how adjusting your outdoor lighting habits can reduce this form of waste with the information below:

What is Light Pollution?

The definition of light pollution, also known as photopollution or luminous pollution, is the excessive, misdirected or invasive use of artificial outdoor lighting. Mismanaged lighting alters the color and contrast of the nighttime sky, eclipses natural starlight, and disrupts circadian rhythms (the 24-hour processes of most organisms), which affects the environment, energy resources, wildlife, humans and astronomy research. The threat of light pollution continues to grow as the demand for artificial light increases each year.

Photopollution is not a new phenomenon. Over the last 50 years, as countries became affluent and urbanized, demand for outdoor lighting increased and light pollution sprawled beyond the city limits and into suburban and rural areas. This form pollution is now prevalent in Asia, Europe, and North America, particularly in cities like Los Angeles, New York and Washington D.C. In 2008, National Geographic magazine named Chicago the most light-polluted city in the United States.

However, the most light-polluted spot in the world is Hong Kong, China. In March 2013, the University of Hong Kong named the city the most light polluted in the world. A study by the university found the night sky in Tsim Sha Tsui, an urban neighborhood in southern Kowloon, Hong Kong, to be 1,200 times brighter than a normal urban city sky. Luminous pollution of this magnitude is on the rise worldwide. In a 2010 article from the Ecology and Society Journal, Hölker and others stated the use of artificial lighting increases by 20% each year, depending on the region, and noted there is an urgent need for light pollution policies that surpass energy efficiency to include humans, animals and the environment.

Luminous pollution, unlike other forms of contamination and waste, can be contained and/or reduced by improving outdoor lighting practices. Remember that outdoor lighting serves a purpose - to provide visibility and safety at night, but lighting that exceeds its purpose can quickly become offensive to others. Here are some simple tips to help you reduce light pollution without sacrificing your comfort or safety.

Choose outdoor light fixtures that are shielded, meaning there is a solid cap above the light bulb that prevents light from being emitted directly to the sky, to minimize sky pollution. You can shield exiting fixtures by buying and installing reasonably priced shades.

Select exterior light fixtures with cutoff angles to prevent light from escaping above the horizontal plane (nadir), minimize uplighting, and reduce high-angle brightness. Cutoff lighting emits illumination down to the ground where it's most needed and in many cases, improves visibility. The Illuminating Engineering Society of North America (IESNA) provides the following cutoff classifications:

Install motion sensors on outdoor fixtures so they turn on when needed and turn off after a short time. Make sure to test and adjust the motion detector's sensitivity as needed to prevent the lights from turning on and off unnecessarily.

Use IDA certified Dark Sky Lighting, which is designed to minimize glare, light spill, and sky glow. Dark-sky approved light fixtures are available in a variety of chandeliers, flush mounts, pendants, and wall sconces. If you live near the beach, use certified Turtle Safe Lighting. These shielded light fixtures produce a long wavelength light, which does not scatter easily, and should be mounted low to avoid high-angle brightness. 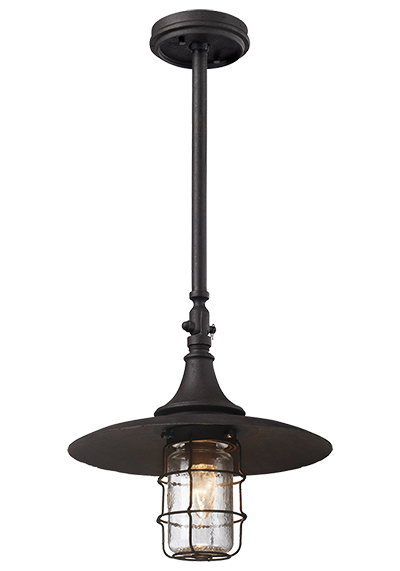 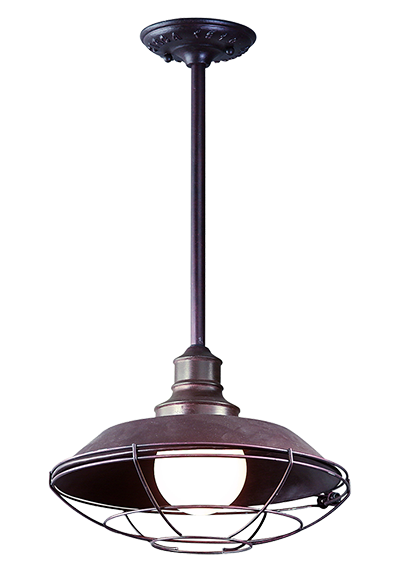 Turn off any unnecessary outdoor lights when you are home for the night or before going to bed to prevent wasteful dusk to dawn lighting. If you're in doubt, turn them off by 11 PM. While you're at it, make sure to turn off indoor light fixtures, like wall lights, when you're not home or before bed to reduce energy consumption.

Luminous pollution is caused by using outdoor lights when and where they are not necessary. Poorly designed residential, commercial, and industrial outdoor lights also contribute significantly to light pollution. Unshielded light fixtures emit more than 50% of their light skyward or sideways. In many instances, only 40% of the light emitted actually illuminates the ground.

It is estimated that nearly 30% of outdoor lighting is wasted due to this poor design. In the United States alone, wasted lighting accounts for 1.7 million tons of carbon dioxide and $2.2 billion in wasted electricity each year

Luminous pollution has dire effects on our environment and resources of energy as well as wildlife ecology and astronomical research. Light pollution also affects the quality of life and safety of humans. Here are some of known side effects of light pollution.

The International Dark-Sky Association (IDA), a non-profit organization that raises awareness of light pollution, estimates that excessive nighttime lighting releases more than 12 million tons of carbon dioxide, the most serious greenhouse gas, into the atmosphere each year. It would take nearly 702 million trees to absorb the carbon dioxide produced by wasted light.

Light pollution may also contribute to other forms of pollution. According to a 2010 study by the National Oceanic and Atmospheric Association, photopollution increases air pollution by suppressing a naturally occurring radical that cleans the air at night. Nitrate radical, a form of nitrogen oxide, breaks down vehicle and factory emissions at night. The nightly process prevents the emissions from becoming smog, ozone pollution, or other harmful irritants. The process only takes place at night because sunlight destroys nitrate radical. However, artificial lights from buildings, cars, and streetlights, although 10,000 times dimmer than sunlight, also affect nitrate radical and slow down the cleansing process by 7%. Artificial light also increase the chemicals for ozone pollution by 5%.

Wasted light results in energy waste. A 2007 IDA study estimated that 30% of all light emitted by public outdoor light fixtures is wasted, which amounts to 22 Terawatt Hours (TWh)/year of wasted electrical energy. This is equivalent to the following:

The total amount of wasted electrical energy each year is enough to illuminate over 11 million homes and power over 777,000 cars.

Luminous pollution affects the feeding, sleeping, mating, and migration cycles of all wildlife. Wildlife can also experience disorientation of time when there is too much artificial light at night.

Light pollution alters our view of the sky and stars, but no group of people is more affected by this phenomenon than astronomers. Light spill and sky glow interferes with astronomical equipment, and makes viewing faint celestial bodies difficult even with the aid of a telescope.

Astronomy is one of the oldest sciences in human history, and has made countless contributions to technology, economy and society with applications like personal computers, communication satellites, mobile phones, Global Positioning Systems (GPS), solar panels, and Magnetic Resonance (MRI) scanners.

Today, astronomy helps us determine the Sun's effect on Earth's climate, and identify any potential threats to Earth from space. In order to conduct observation and research, astronomers require dark skies.

Humans, like plants and wildlife, are regulated by circadian rhythms, the physical, mental and behavioral changes that occur in a 24-hour cycle. The circadian clock regulates physiologic activities such as brain wave patterns, hormone production, and cell regulation. The rhythms respond to the light and darkness around an organism. Disrupting these rhythms can result in a variety of health problems, including sleep disorders, anxiety, depression, diabetes, cancer (particularly breast and prostate cancer), cardiovascular disease, immunological disorders, and obesity.

Melatonin, the naturally occurring hormone that regulates the sleep and wake cycle, is acutely affected by light pollution. The hormone is activated by darkness and repressed by light. Melatonin deficiency can result in anxiety and mood disorders, insomnia, and elevated estrogen/progesterone ratio.

In 2009, the American Medical Association (AMA) unanimously supported the reduction of light pollution, and advocated the development of energy-efficient outdoor lighting to reduce glare and energy waste.

Photopollution occurs in a variety of forms, including light trespass, glare, sky glow, and light clutter. One source of light can result in multiple forms of pollution. Here is how you can identify each form of light pollution.

Light trespass, also known as spill light, occurs when a light fixture casts illumination beyond the property lines, unintentionally illuminating other homes, businesses, or areas. Spill light is the most subjective form light pollution because there are no guidelines to determine when, where, or how much light is unwanted. A common example of spill light is light from a streetlight coming through a window and illuminating a bedroom, light from outdoor wall lights that direct light up towards the sky rather than towards the ground, or light from a neighbor's floodlight or security light shining over the fence and illuminating your property.

Glare is the visual sensation one experiences when stray light, light in the visual field, is greater than the light to which the eyes are adapted. Glare, depending on the intensity, can result in reduced contrast, color perception, and visual performance.

Sky glow originates from natural and man-made sources; however, poorly designed and targeted artificial lights are the main cause of sky glow. Sky glow occurs when light is emitted directly into the atmosphere, accidently or purposefully, where it is scattered by dust and gas molecules, creating a dome-like orange glow that covers the night sky. The glow reduces the contrast between the stars and the galaxies in the sky, making celestial objects difficult to see even with a telescope. Light domes also affect the polarization of moonlight, which nocturnal animals use to navigate.

Glow domes are visible in cities and towns throughout the world, and they appear in a variety of sizes such as large domes over metropolitan hubs or small domes above over-illuminated commercial areas and sport complexes or stadiums. Cloud coverage, snow, trees, and the quantity of dust and gas molecules in the atmosphere can amplify sky glow.

Light clutter is the excessive grouping of bright lights that cause confusion and distract from oncoming or surrounding objects. Light clutter is visible on roads surrounded by unshielded street lights and brightly lit advertisements or signs. This creates a hazardous environment for drivers and pilots because it competes with traffic and navigation signals. Clutter contributes to other forms of light pollution, including light trespass, glare, and sky glow.

How to Measure Light Pollution

Measuring light pollution is an intricate process because the natural atmosphere is not completely dark due to airglow and scattered light. To obtain an accurate measurement, scientists use satellite images of Earth at night to determine the number and intensity of the light sources, and calculate the total sky brightness.

Amateur and professional astronomers can also use a Sky Quality Meter, a handheld device that measures sky brightness, to document and compare different areas. Mobile apps like Dark Sky Meter and Loss of Night allow anyone to measure sky brightness.

Another way to gauge light pollution is the Bortle Scale, a nine-level rating system that measures sky quality by providing observable standards. John E. Bortle, a retired fire chief and amateur astronomer, devised the rating system in 2001 as a means to help amateur astronomers evaluate the darkness of an observation site and compare sites. The scale ranges from one, an excellent dark-sky site, to nine, an inner-city sky, and specifies observable criteria for each class.

November 21, 2013
25 view(s)
Stay Connected
Join over 31,000 subscribers who save money with Del Mar Fans & Lighting.
We respect your privacy